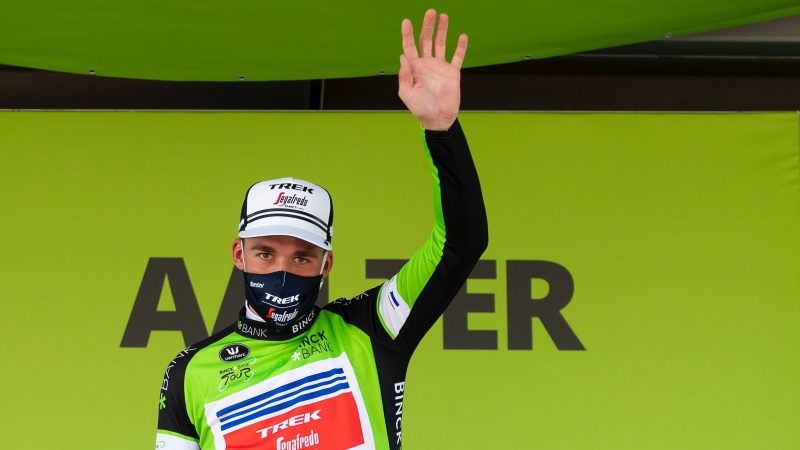 In the first BinckBank Tour stage Mads Pedersen had to settle for second behind Jasper Philipsen, but in Aalter the Dane got his revenge by taking both the stage win and the leader's jersey.

Pedersen's Trek-Segafredo team managed the gap on an early breakaway, which never got more than a three-minute lead and was reeled back in in the final kilometres. "At one point we were taking them back a little bit too quickly, but then the team controlled it perfectly," Pedersen said. "So then it's fantastic to finish it off in the sprint."

For Pedersen it's the second win of the season, after winning a stage in August's Tour of Poland. "It's great to go to the classics with a win. Especially in these uncertain times, when every race can be the last of the year. Then it's better to make sure you can take what you can."

Pedersen takes over the leader's jersey from Jasper Philipsen and aims to keep it until the end. "I came here to try and get a good classification. Fortunately there's a short time-trial tomorrow, which should suit me. On Saturday there's an interesting stage in the Flemish Ardennes. It's the ideal stage to go flat out. I will do everything I can to take the overall win."