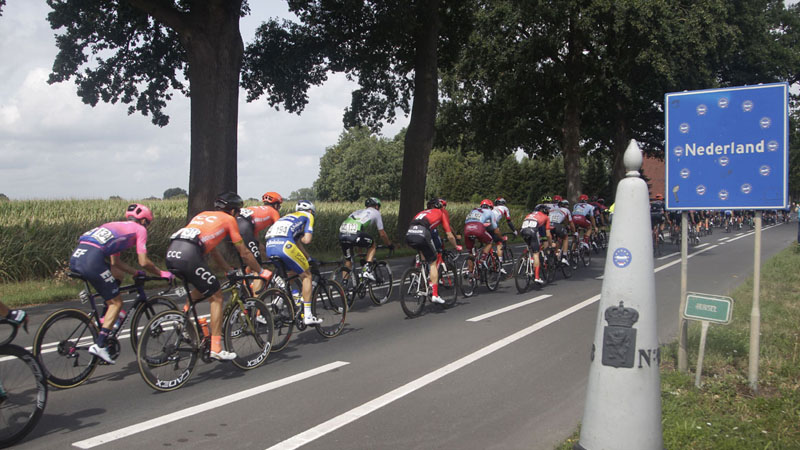 Tuesday evening, just after 10pm, the BinckBank Tour organisation was informed that the three Dutch towns where the BinckBank Tour was to start or finish this week, had made a joint decision not to allow any road races on their territory. This decision comes hot on the heels of the additional and more stringent measures that were announced in the Netherlands on Monday night.

All of this despite the BinckBank Tour's full commitment to organise an edition with practically no spectators. The start and finish areas had been made completely free of spectators; this was also clearly demonstrated during the stage on Tuesday. Fans of cycling were also urged to watch the stages on the television and not take their places along the course, the organisation had deployed plenty of extra resources and people for that exact purpose.

Unfortunately, the decision is clear, which means that there will be no time trials in Vlissingen on Wednesday. Due to the short notice, it is impossible to work out an alternative (including the necessary permits), so there is no other option but to make Wednesday a rest day.

The riders will not start in Philippine on Thursday and we cannot ride to Dutch Limburg on Friday or finish in Sittard-Geleen, but alternatives are being developed with great urgency. So, to be clear, the BinckBank Tour is going ahead up to and including Saturday, after a rest day on Wednesday, there will be stages on Thursday, Friday and Saturday when the final stage will take us from Ottignies-Louvain-la-Neuve to Geraardsbergen.

Gert Van Goolen of organiser Golazo: "It goes without saying that we are extremely disappointed with the decision that has been taken, especially in view of the timing. The experience of cycling races comes predominantly at the start and finish and spectators had been banned from those areas in this BinckBank Tour, as has been requested explicitly in the Netherlands in the meantime. We are convinced that we had found a safe and responsible solution for organising a good BinckBank Tour, but sadly this fell on deaf ears."