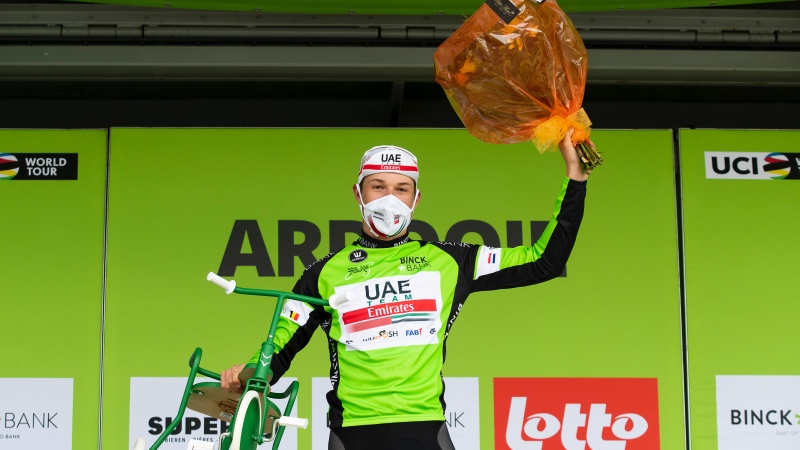 One year ago Jasper Philipsen had to be satisfied with second place behind Sam Bennett in Ardooie. Today he beat Mads Pedersen and Pascal Ackermann to the win in the opening stage of the 2020 BinckBank Tour.

"It was really close," a relieved Philipsen said. "Honestly I didn't expect I would get the win, but sometimes you need a bit of luck to win and today everything went my way."

Philipsen escaped from a mass crash in the peloton with four kilometres to go. "After an easy day with two riders in the breakaway everyone was still fresh and we got a hectic final on wet roads. Then it's just a matter of staying out of trouble. I was just behind the crash, but I managed to avoid everyone. After that the peloton was drawn out and I had to make a big effort to get to the front.

In the bunch sprint Pedersen and Ackermann were positioned perfectly, while Philipsen had to find his way back to the front, in which he found some allies in his future teammates at Alpecin-Fenix. "I caught the wheel of Tim Merlier, who was brought to the front really well at the end."

"Did I peak towards this race? Not particularly. I've been in good shape for a long time and got a few podiums in Luxembourg. I just lacked that little bit of luck to win, and today I had it and I managed to finish it off."