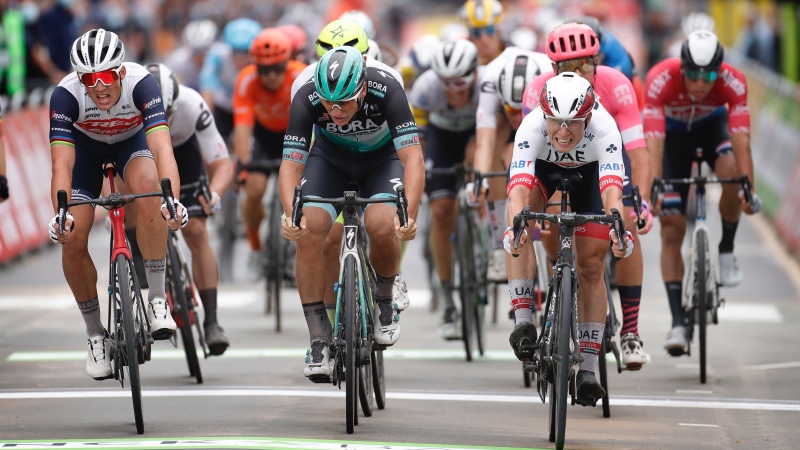 Jasper Philipsen has won the first stage of the 2020 BinckBank Tour. In Ardooie the Belgian won the bunch sprint ahead of outgoing world champion Mads Pedersen and Pascal Ackermann.

The opening stage between Blankenberge and Ardooie featured a traditional early breakaway with just two riders. Ludovic Robeet and Thimo Willems escaped after 15 kilometres and gathered a maximum advantage of two minutes, but were caught again just before the start of the Golden Kilometre, the 1km zone which features several bonification sprints. Sep Vanmarcke attacked to try and grab a few seconds, but those were ultimately scooped up by Mathieu van der Poel, Dries De Bondt and Yves Lampaert.

The sprinters teams then took over to prepare the traditional bunch sprint in Ardooie, but that preparation was derailed by a massive crash at the front of the peloton when a rider from Israel Start Up Nation tagged the wheel of the Sunweb rider ahead of him, which triggered a crash that took out a large number of riders. Most of the sprinters got through and battled for the win in the streets of Ardooie. Pascal Ackermann and former world champion Mads Pedersen were launched perfectly, but at the end Jasper Philipsen passed both to take the win. Pedersen was second ahead of Ackermann.